The ninth edition of the Doha College 10K and 5K Race was the fastest in its history, with both events for males clocking new race records. In an event full of firsts, the race introduced a children’s race over 1 kilometre, in which nearly 150 children aged 6 to 11 competed for the trophy.

Ran at night for the first time, the race drew hundreds of athletes, from novice runners to decorated Olympians, including top international champion Liz McColgan. Another novelty for this edition was the track – the event took place for the first time at the spectacular Losail International Circuit, which offered top class facilities to both participants and supporters. 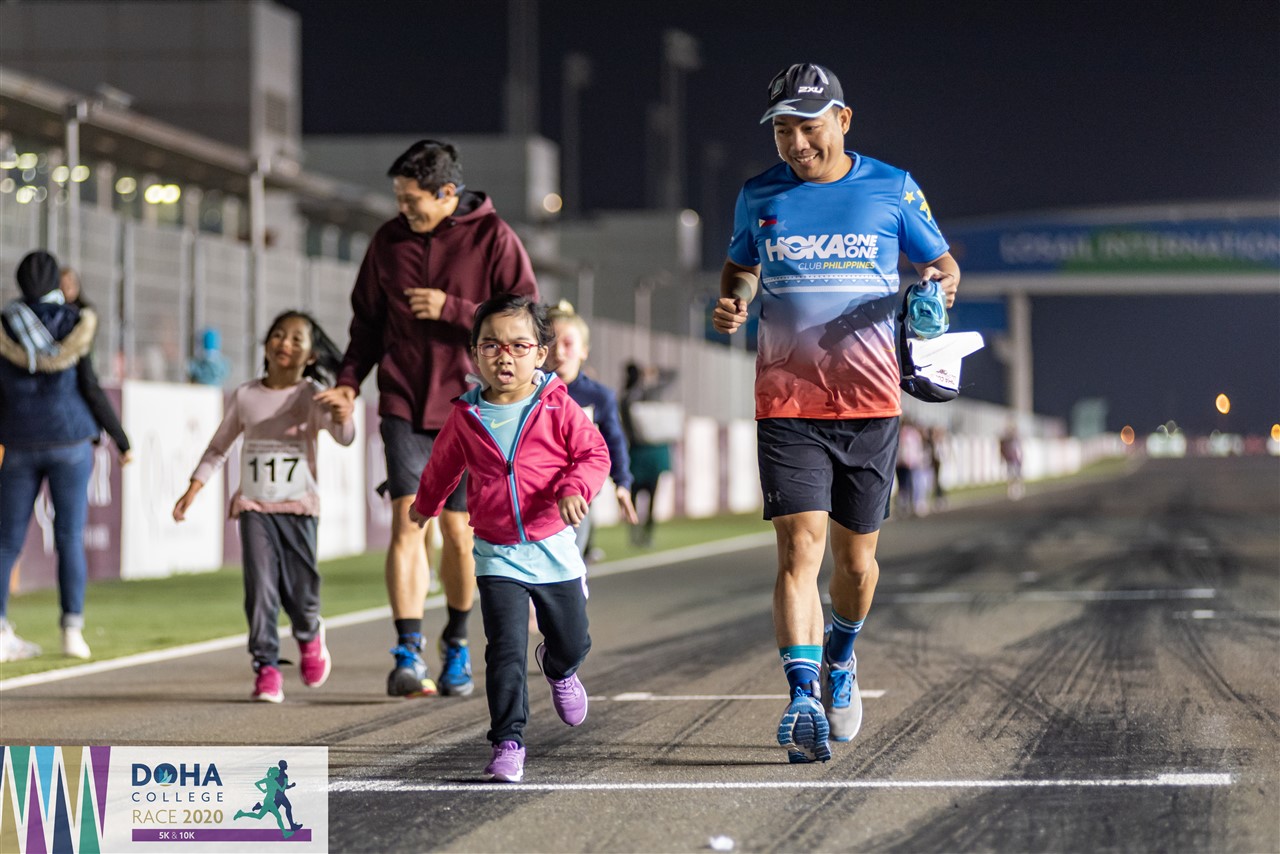 The fastest male over the 10k distance was newcomer Oussama Zeroual, who finished in 30’22”, while the 5K event had not one but two athletes become the fastest over this distance: AbdulAziz Hussein Saleh AlAbdi and Kojo Kyereme, both of whom ran it in 15 minutes on the dot. AbdulAziz competed in the open category while Kojo ran in the veteran category. Ousamma, who trains with Al-Shamal Sports Club, shared his impressions of the race: “Doha College Race was quite incredible, very well organised. I was struggling in the second lap to catch up with Sammy and Mohcine (placed second and third respectively – Ed.) and I finally did it about 800m before the finish line and I won the race.” 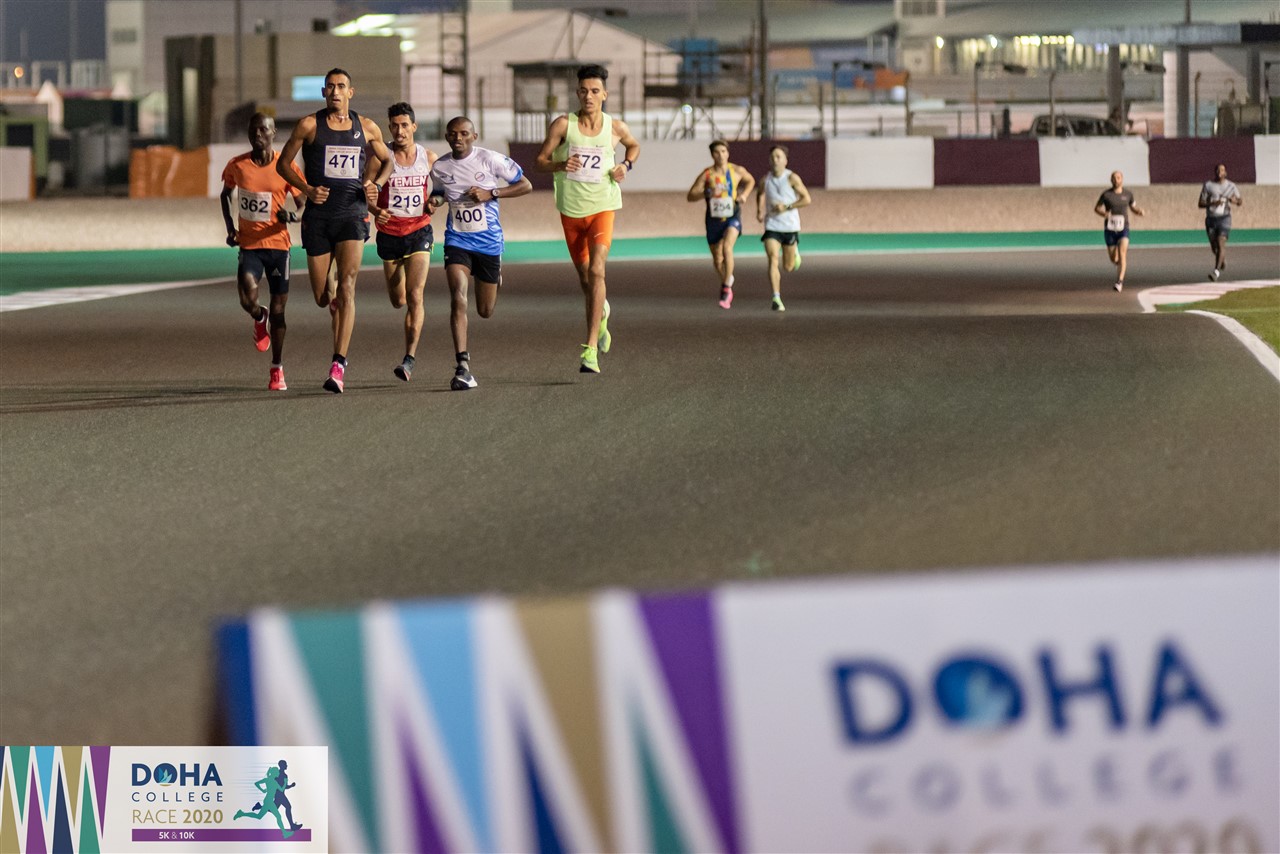 The race was organised again by Evolution Sports. Qatar’s top sports academy who works in close partnership with Doha College. To see images from the January 2020 race, click/tap here.

About the Doha College Race

The race has been in operation since 2011, with the first edition held at The Pearl, attracting over 300 participants in a 10km competition. The race has grown significantly over the years and moved to Aspire Zone which boasts the iconic Torch Hotel, Aspire Park and other world class sporting facilities. The anticipated yearly event now offers both a 5km and 10km race, plus a children's 1km race, attracting over 1000 runners from the Qatar community and beyond. To celebrate Doha College school 40th anniversary, this year's race took place at the world-class Losail Circuits Sports Club on the MotoGP track.

If you have any specific questions on the race, please contact Greg Evans, Race Director by email at This email address is being protected from spambots. You need JavaScript enabled to view it. or call 44076777

For our latest news please visit our dedicated Facebook page